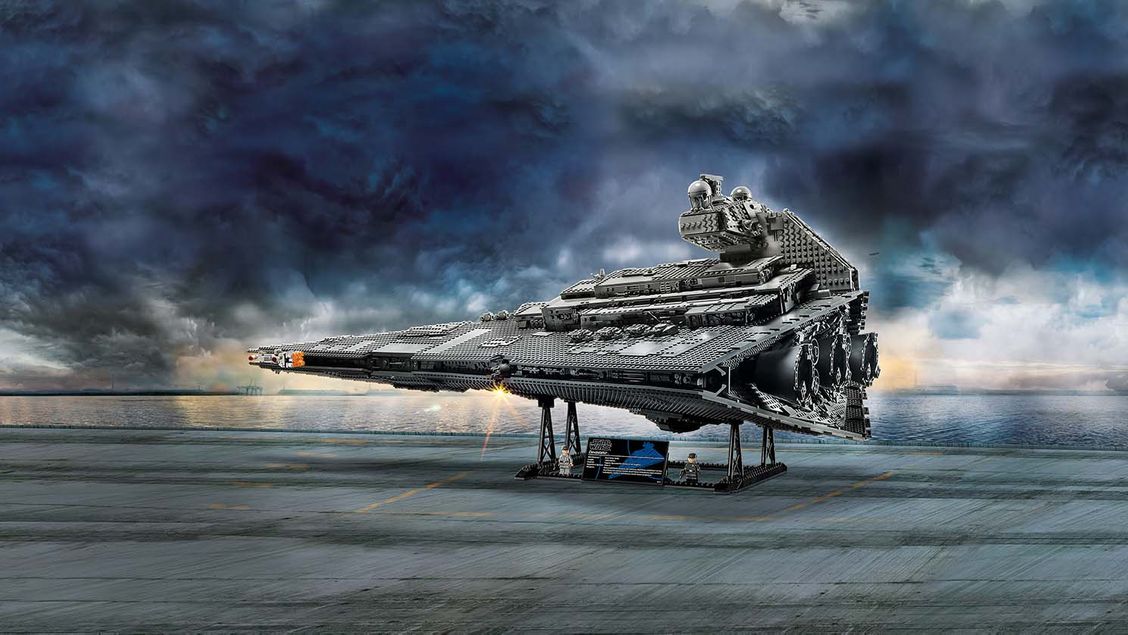 The LEGO Ultimate Collector’s Series, also known as UCS for short, is a series of LEGO Star Wars sets aimed mainly at collectors, featuring large and complex models that are particularly popular with adult LEGO fans.

On this page you will find all the information and news about the Ultimate Collector’s Series. This page is intended to serve as a small collection guide, but also as a source of information, because the LEGO Star Wars UCS series is entwined with many myths and half-truths.

In the following two tables you will find all LEGO Star Wars UCS Sets that have been released to date. Currently, these are either 30 or 36 sets (depending on your point of view). Why this is so, I’ll explain below. The UCS set table can be sorted very easily and contains all information about the set number, the release year (for the newer sets also the month), the number of pieces and the number of mini-figures.

Here are the sets that are generally considered to be LEGO Star Wars UCS Sets:

The following 6 sets were originally sold by LEGO as UCS sets, but are no longer considered as such by some collectors today. The reason is probably that Brickset doesn’t include the sets in their UCS list. Many LEGO fans regard Brickset’s list as the “official list” – but it is not. Therefore I would like to list these 6 “additional” sets here.

Here are the LEGO Star Wars novelties for the year 2020: All pictures and information about the new sets of the first half of the year

LEGO has proposed a new trailer for its future new game based on the Star Wars Skywalker saga, which will be released in 2020 on consoles (Xbox One, Switch, PS4) and PC.

Inside the best Star Wars Advent Calendars for 2019. Here you can find the coolest starships and mini-figures in the galaxy. 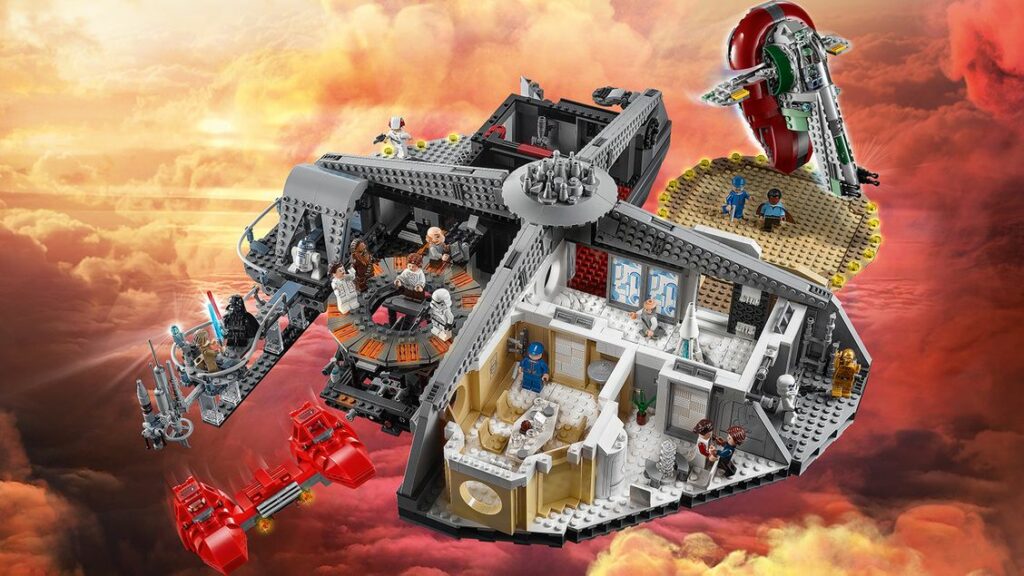 The LEGO Star Wars Master Builder Series was launched in August 2018. It features Star Wars sets designed for Adult Fans of LEGO, but less designed for stylish display in the showcase

The LEGO Star Wars Ultimate Collector’s Series poses many questions to LEGO buyers and enthusiasts. I’ll try to answer the most common questions here. If your question isn’t answered here, please post it in the comments below. I will then try to answer the question and add it to my little FAQ.

What does UCS mean?

No, LEGO UCS sets are not limited – at least not in quantity. However, the sets are not sold forever, as the sales figures at LEGO naturally decline after a few years and it is no longer worthwhile to continue producing the set. Then the sets of the UCS series go the same way as any other LEGO set: They are taken out of the program and are then EOL (“End of Life” or “End of Line”).

The sometimes very high prices of the UCS sets are due to the fact that the sets have not been on the market for several years and not to the fact that there is only a limited number of sets. This also means that the LEGO Group can also re-release sets that have been out of date for a long time in updated form at any time.

How long will UCS sets be produced?

This is very different and depends on the demand for the set. There are very popular UCS sets that are produced over many years. The best example is the 10188 Death Star, which was in the program from 2008 to the end of 2015, only to be replaced immediately by the almost identical 75159 Death Star. The Death Star has now been available from LEGO for exactly 10 years.

However, other sets will be taken out of the program quite quickly due to low demand: The LEGO 10227 B-Wing Starfighter was only available for a little over 1 year before it disappeared from the shelves again.

On average (if only the sets that are now EOL are included in the calculation), this results in a service life of around 2.8 years for UCS sets. However, the variation is relatively large.

Are there clear rules as to which set is a UCS set?

The question, which set is a “real” UCS set and which is not, is astonishing for many collectors in the LEGO community. Questions like these are often asked:

Unfortunately, the answer is somewhat sobering: Although LEGO now has relatively clear rules as to which set is an Ultimate Collector’s Series set and which isn’t, it hasn’t been dealt with so clearly in the past. Only since 2014 with the UCS Sandcrawler (75059) there is a real logo for the coveted collection series, since the end of 2017 with the UCS Millennium Falcon (75192) this logo has disappeared again and a (at least well recognizable) packaging design is used.

From about 2004 on, there were also sets called “Original Trilogy Edition”. This has nothing to do with the UCS series, but was also used for normal LEGO Star Wars sets, whose settings come from the movies Episode IV to Episode VI.

The nameplates or badges do NOT determine whether a set bears the Ultimate Collectors Series seal or not. The discussion was mainly conducted in 2017 due to the release of the LEGO 75187 BB-8 in many forums and Facebook groups. LEGO made it quite clear that the BB-8 is not a UCS set, even though it has a nameplate and fits perfectly to the LEGO 10225 R2-D2.

By the way, there is no official list of LEGO. I used the old names of LEGO Shop at Home (the predecessor of today’s online shop) to create the tables and looked at which sets were sold in the category for the Ultimate Collector’s Series sets at that time. So the two tables above should be the current best place to go.

The following basic rules for UCS sets can be noted: