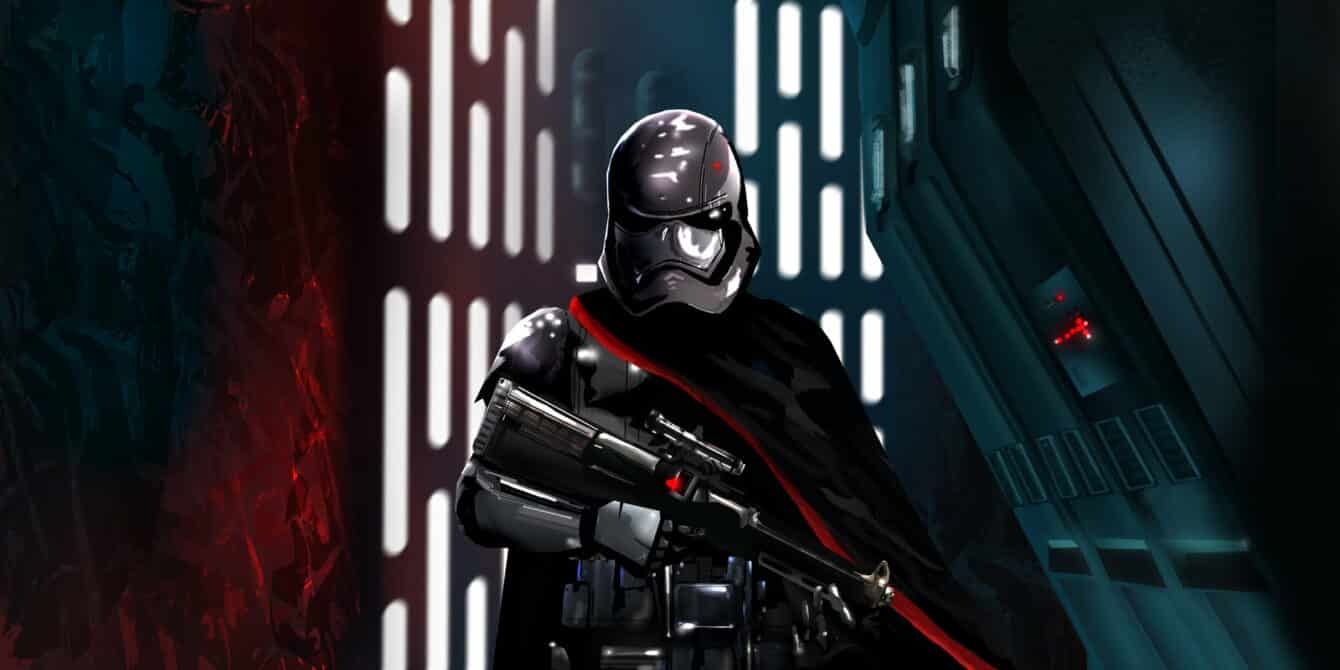 Captain Phasma was undoubtedly one of Star Wars’ biggest disappointments of Episode VII – The Force Awakens. Originally presented as Boba Fett’s successor in the franchise, the character played by Gwendoline Christie, however, did not have any relevance in the film and even minutes of footage.

Her spectacular design and enormous potential failed to save her. In Episode VII -The Force Awakening, she managed to escape the Starkiller base destruction, but how? A mystery was solved in Marvel’s four-part mini-series comic book : Journey to Star Wars: The Last Jedi – Captain Phasma.

The first part begins after the events of Episode VII – The Force Awakens and stars with Captain Phasma making a battle report where she describes her escape route from the Starkiller weapon’s base planet, which was destroyed at the end of the seventh movie.

For those who don’t remember, she was forced by the Han Solo, Chewbacca and Finn rebels to lower Starkiller’s defenses and then dumped into the garbage processor. Phasma‘s narrative begins exactly from this point and we soon notice something curious: she is recording in her report a very different version of what actually happened.

Obviously, admitting that she was subdued by three rebels and allowed the most powerful First Order weapon destruction was not in Captain Phasma‘s plans… she knew she had only minutes to get rid off the evidence of her failure.

In the process, however, she discovers that another member of the First Order, Lieutenant Sol Rivas, had obtained a copy of these data. Then, with the help of pilot TN-3465 who is unaware of her real intentions, start a race against time to destroy any loose ends that might harm her.

The fun of the mini-series comes from its simplicity that aims to make very clear the Phasma corrupt, cold, brutal and unstoppable personality. The captain is a force of nature that simply does not rest until she reaches her goal.

Her hunt takes her to the planet Luprora, where she and her pilot have to deal with the unstable local weather and a native race of monstrous “mermaids”. 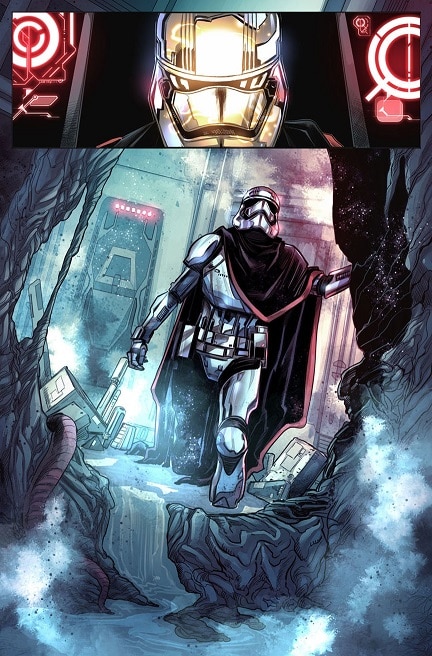 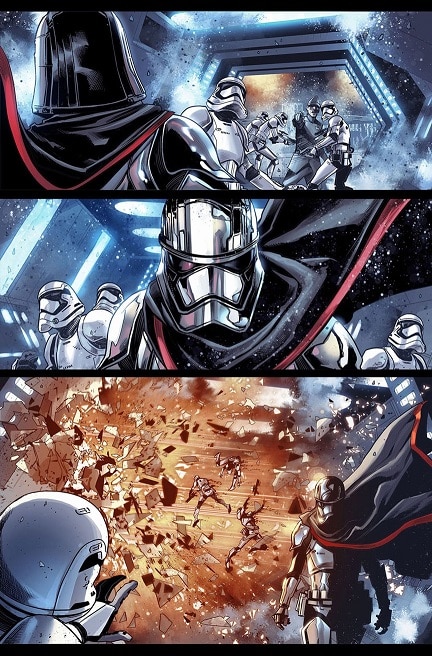 Thompson‘s script does not attempt to create complexities. TN-3465‘s presence in the story works as our moral compass, making even clearer Phasma‘s cruel capacity for manipulation, using one people against another just to get to Rivas. They are characters simply going from point A to point B and then to point C, but with many obstacles, like in a complex slalom race with geographical accidents, endless storms, monsters, abysses and a good deal of violence. 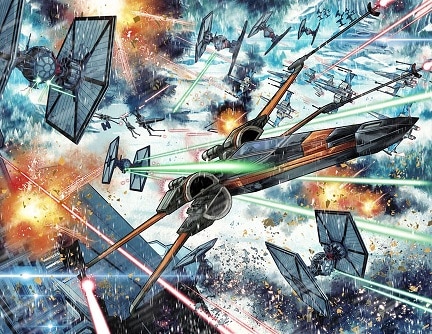 It is a quick and easy reading, but pleasant and rewarding if the reader understands the scriptwriter’s text primary goal.

The rhythm of the plot is very fluid and holds you in the reading, with few balloons of dialogue. If the text lacks any trace of complexity, which is not necessarily a bad thing, Checchetto‘s art compensates the question. Few artists are so adept at capturing the tone and allure of the franchise.

His work is beautiful in its careful details both in the foreground and background of each frame on each page. He gives Captain Phasma a well-deserved “Darthvaderian” magnificence and ruthlessness, even when she briefly removes her armor and wears a disguise (but with a mask). When the rain begins, Checchetto‘s traces become even more impressive, creating an oppressive and heavy atmosphere, but always careful and credible.

The story itself does not present many mysteries and its outcome is relatively predictable and does not offer any further development to the character. Unfortunately, what we have are only very few glimpses of very specific moments of her past, which although implicitly imply she had a traumatic life before, add little to what we know about Captain Phasma. It’s a feeling that they’ve wasted a good opportunity to enrich it, narrative speaking.

However, this first issue takes a brutal, efficient approach that very much suits this monolithic villain. Though Phasma is not heavy on dialogue, the main character’s moods are easily readable behind her armor, which shows a strong collaboration between artist and writer. This makes a Star Wars comic every Phasma fan should read. 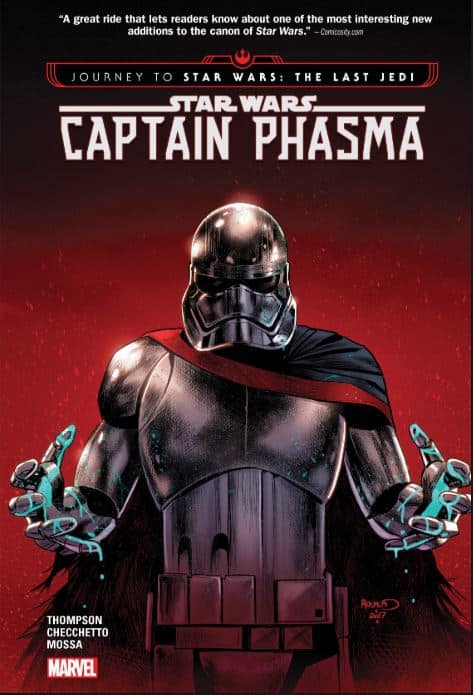