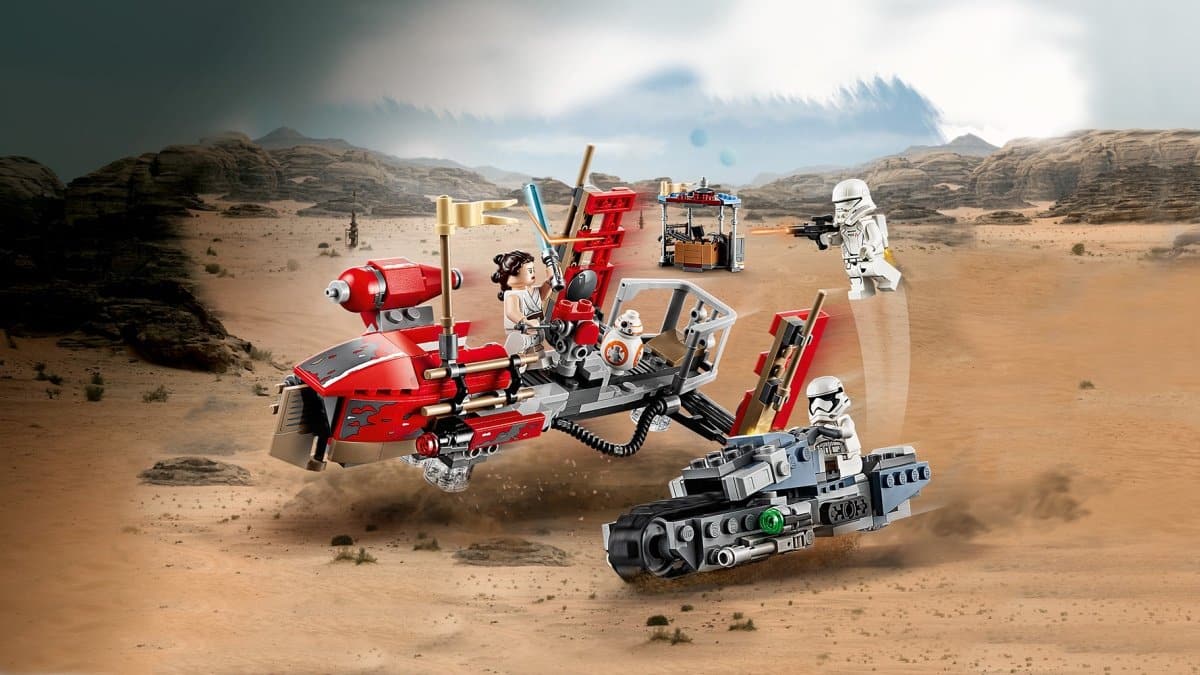 The LEGO set I’m examining today is from the first Star Wars collection: Episode IX: The Rise of Skywalker. This set is called “Pasaana Speeder Chase” and has the ensemble number 75250, and contains a radical action from the 9th film of the Skywalker saga, and includes Rey, a First Order Jet Trooper, a First Order Treadspeeder. Pilot (or you can simply call them the two stormtroopers if you wish) and a BB-8!

This set includes a wild variety of LEGO bricks, some quite common, some rare, all new (for the month of October 2019 ) and at least one that reminds me of the construction of LEGO buildings in the early 1990s. – It’s a real old-fashioned brick, you can be sure of that.

To be honest, as the film has not yet been released, it is difficult to really judge the relevance of the content of this box even if a reproduction of the Treadspeeder used in the film had been presented during the Star Wars Celebration Chicago convention. 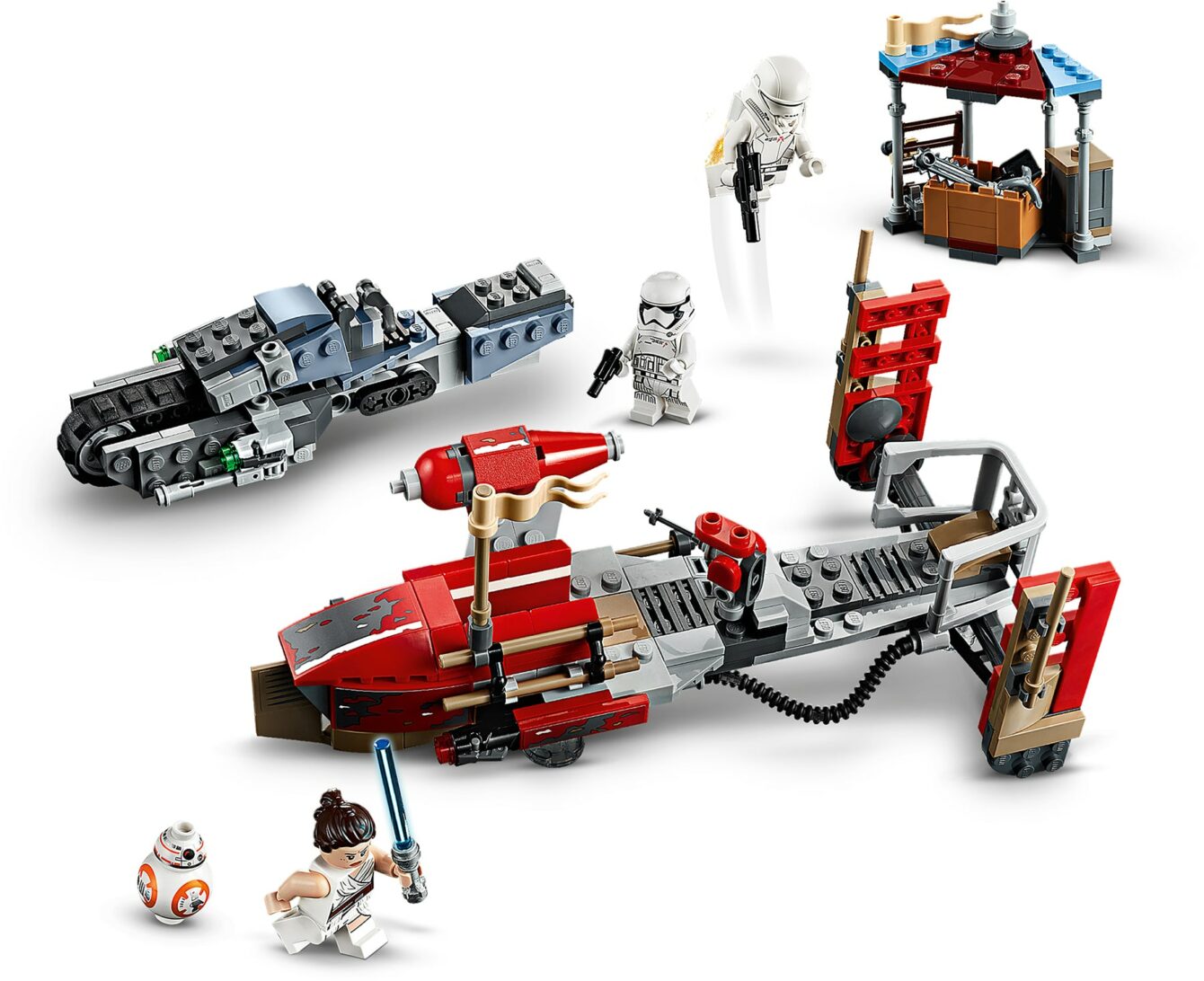 LEGO delivers two machines on which the two pairs of characters can be placed. It’s finally very enjoyable, the set offering a real playability without having to go back to the cash register to acquire a possible extension that would give meaning to the scene reproduced.

LEGO adds a small market stall to build in the set. Under the draperies, a box filled with a few tools is placed, which according to the official visuals is taken on board by Rey during his escape. A detail to be checked in the cinema when the film is released.

The main machine is based on transparent parts and it is a good idea to simulate the floating of the thing. It is also a detail that should be appreciated by those who plan to display this speeder on a shelf.

You have to stick a few stickers in different places to give the machine a “used” look, but the number of stickers is still reasonable. The finish of this Speeder, which is a little reminiscent of the Desert Skiff of Episode VI, is in my opinion very correct with an assortment of shades that help to give it that “second hand” look. It remains to be verified that the construction is faithful to the version of the film.

Lovers of parts more or less diverted from their usual use will have noticed that the rudder handle is embodied here by a ski pole and that the railing placed at the rear is a part that regularly makes the best days of the LEGO CITY range by serving as a roll bar for various construction machines.

The old brick I was talking about earlier is a four-ankle square with a very slight top. You will see it on the side of the big red engine on the right side of the red speeder – you will know it when you see it (marked with an arrow in the image below). 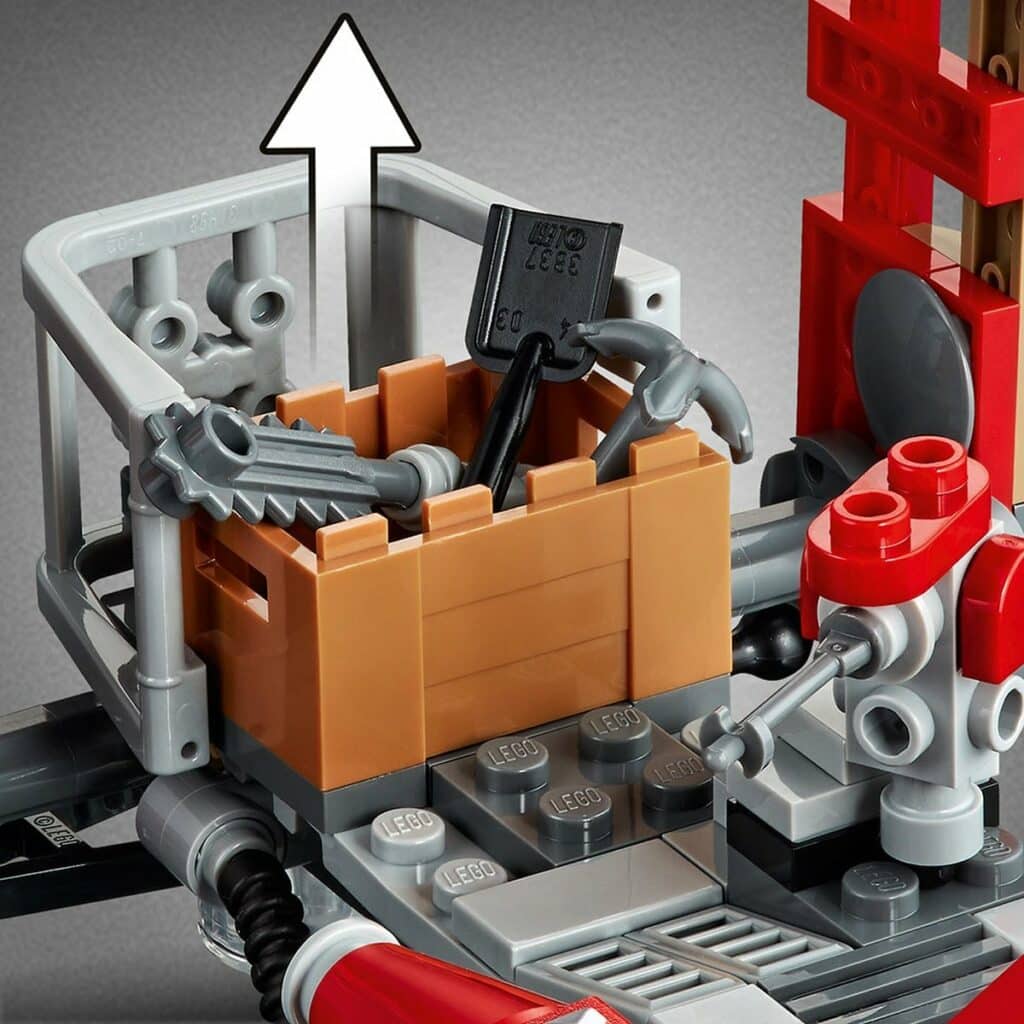 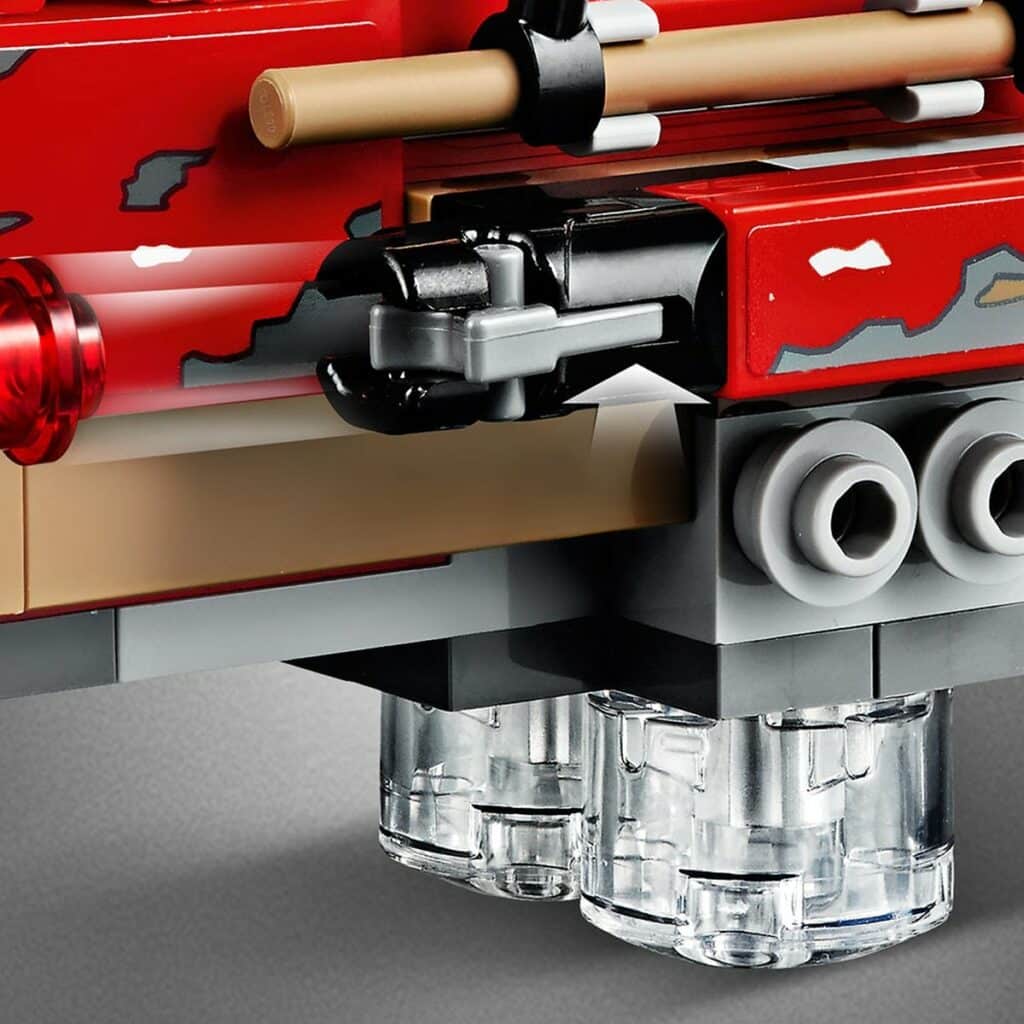 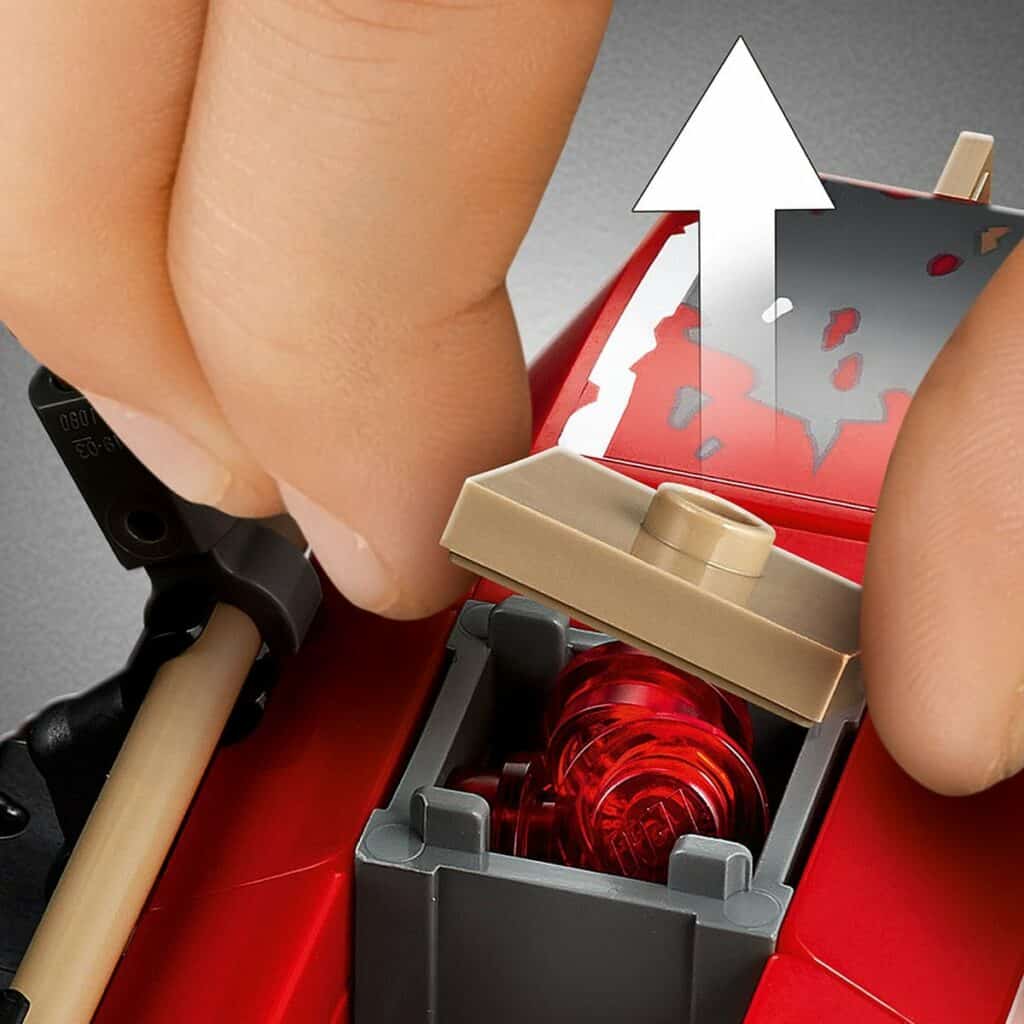 The whole thing is easy to handle without breaking everything and the two Stud-Shooters placed at the front allow you to have a little fun. The two uprights placed at the rear are fixed and therefore cannot be rotated when moving.

To go after Rey and BB-8, the First Order soldiers had a Treadspeeder, a rather strange device equipped only with a caterpillar at the front, the rear suspended above the ground. Here too, LEGO thought of integrating a transparent part under the chassis to keep the machine horizontal while giving the impression that the rear part is not in contact with the ground.

The machine can carry two mini-figures on its minimalist cockpit. Not enough to get up at night, but it’s enough to start the pursuit and bombard the other speeder with green pieces.

Rey’s mini-figure is exclusive to this set even if it reuses the face already provided since 2015 in the set 75099 Rey’s Speeder (#ad) then in about ten other boxes that feature the character.

The pad printing of the different pieces is correct with a nice drape effect on the character’s tunic and an acceptable alignment between the torso and legs. It’s a shame that LEGO doesn’t print to the edge of the torso so that the junction is perfect and the fit is homogeneous. The flesh-coloured areas (Flesh) on the upper torso and calves are slightly lighter than the arms or head, but still acceptable. No more bubbles in the lightsaber, it seems that LEGO has finally made progress on this point.

The BB-8 figure reuses the usual part for the droid body and the dome variant seen so far only in the 75242 Black Ace Tie Interceptor (#ad) set based on the Star Wars Resistance animated series.

The two soldiers of the First Order, a Jet Trooper and a Treadspeeder Driver, allow us to obtain some new pieces nicely stamped. The back accessory of the Jet Trooper with its removable part is a nice evolution of the usual assembly based on various and varied clips.

Only the pilot’s helmet is not new, it is the one already seen in the LEGO Star Wars 2019 Advent calendar and in the bag provided with one of the latest issues of LEGO Star Wars magazine. Not surprisingly, both minifigs are equipped with the energized Clone Trooper head already delivered in more than a hundred sets of the LEGO Star Wars range.

In short, I think this set has everything to please or almost everything with content that offers good playability, two major characters from the saga and two interesting “generic” figurines. The Pasaana speeder chase might be a cool scene in Episode IX: The Rise of Skywalker but it “is” definitely an awesome LEGO set! 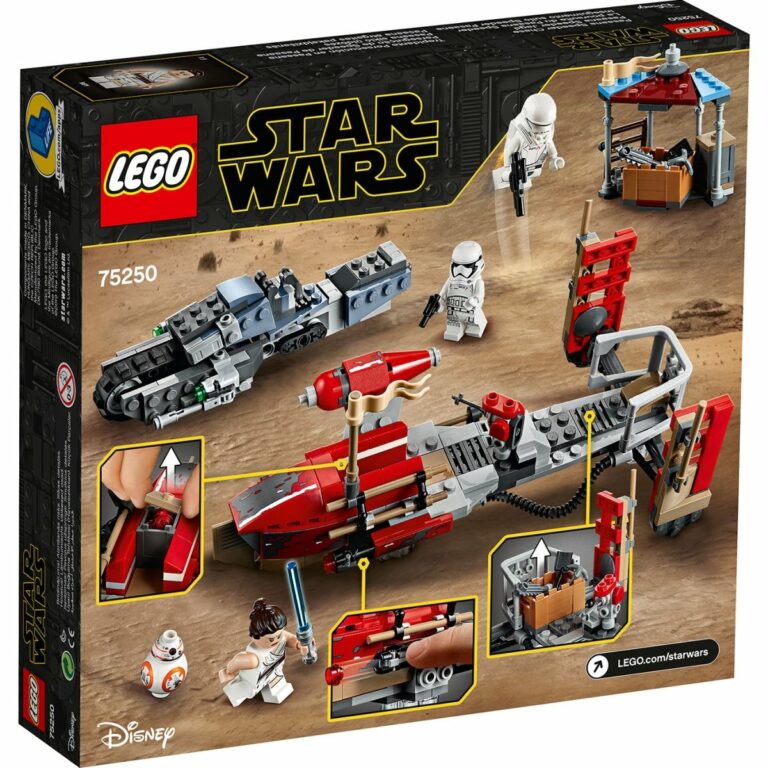 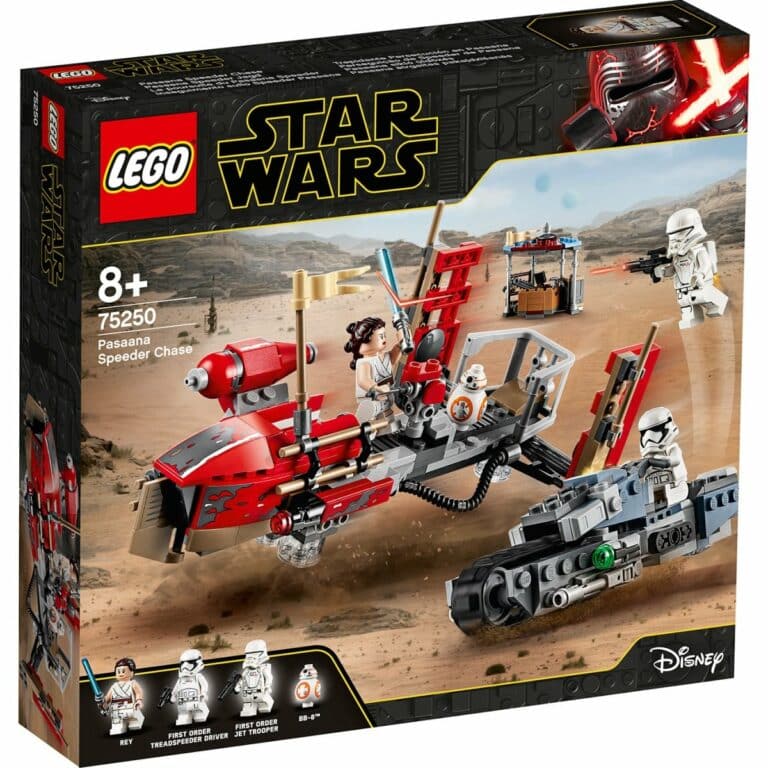