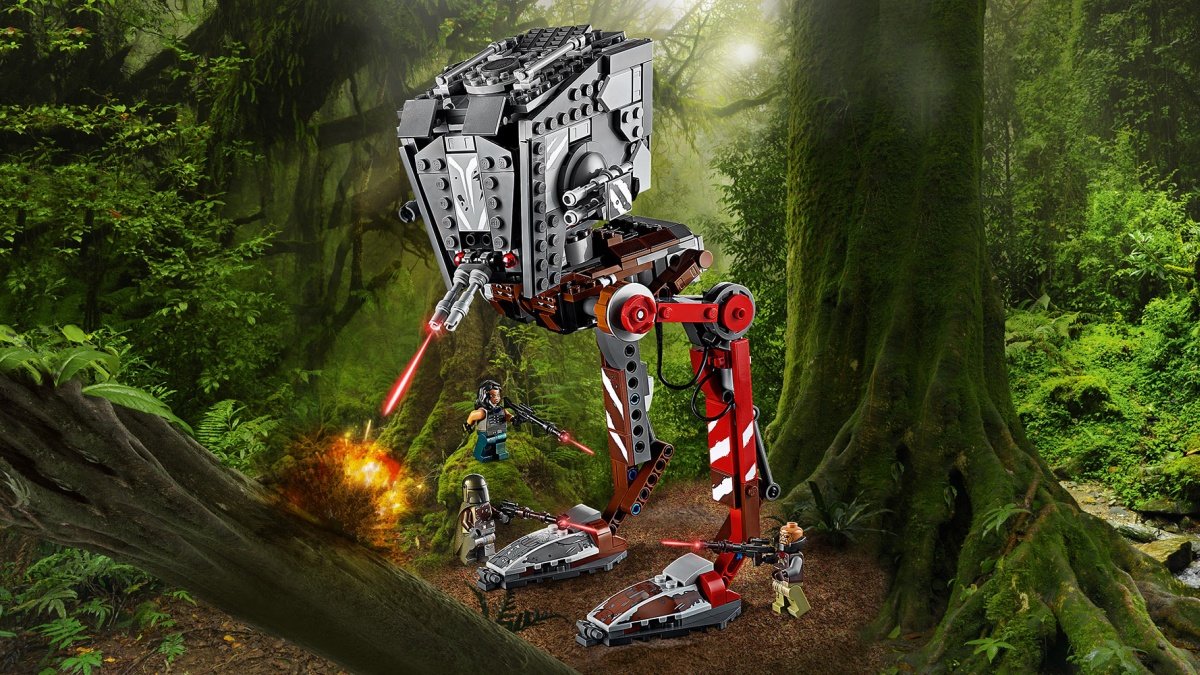 Continuing the tour of the new LEGO Star Wars launched on October 4 during the Triple Force Friday with the 75254 AT-ST Raider (#ad) set (540 pieces) a small box based on the new series The Mandalorian whose release will start in mid-November on the Disney + platform.

As the series has not yet been broadcast, it is difficult to put the content of this box in a particular context. All we know is that the action of the series takes place five years after the Empire’s defeat (Episode VI) and 25 years before the First Order appeared (Episode VII). That being said, a new AT-ST is always good for those who don’t already have one on their shelves. On the other hand, those who already have a few will immediately understand that this new version is inspired by the 75153 AT-ST Walker (#ad) set released in 2016 for the film Rogue One: A Star Wars Story. 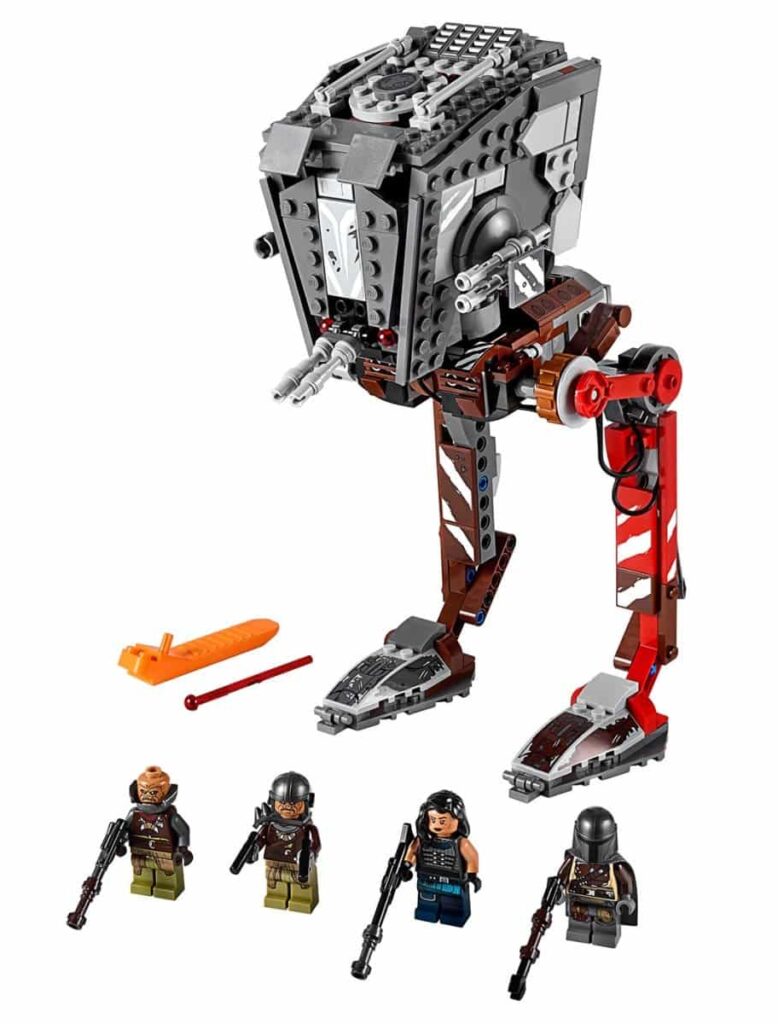 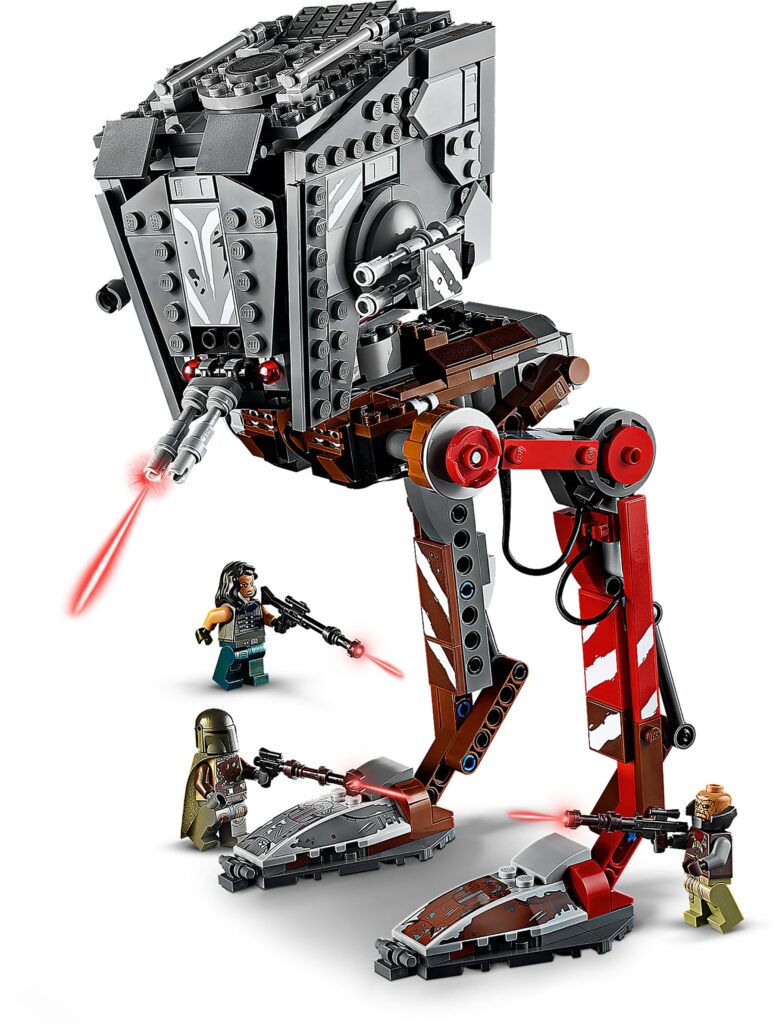 This AT-ST is obviously a model recovered and tinkered with by the Klatooinian Raiders. We are therefore entitled to a patchwork of colours (and stickers) that give a little freshness to this new version. Coloured parts, exposed cables, various and varied additions, the machine becomes visually a little more attractive than the grey versions seen so far.

It is very quickly assembled, I spend almost as much time gluing the different stickers properly as I do fitting the parts. The cockpit is obviously mounted on an axle that allows it to change position through a relatively discreet wheel placed at the rear. Two mini-figures can be placed at the controls of the machine, one must remain seated behind the controls, the other can be hung on the side handles to observe what is happening outside through the upper hatch. 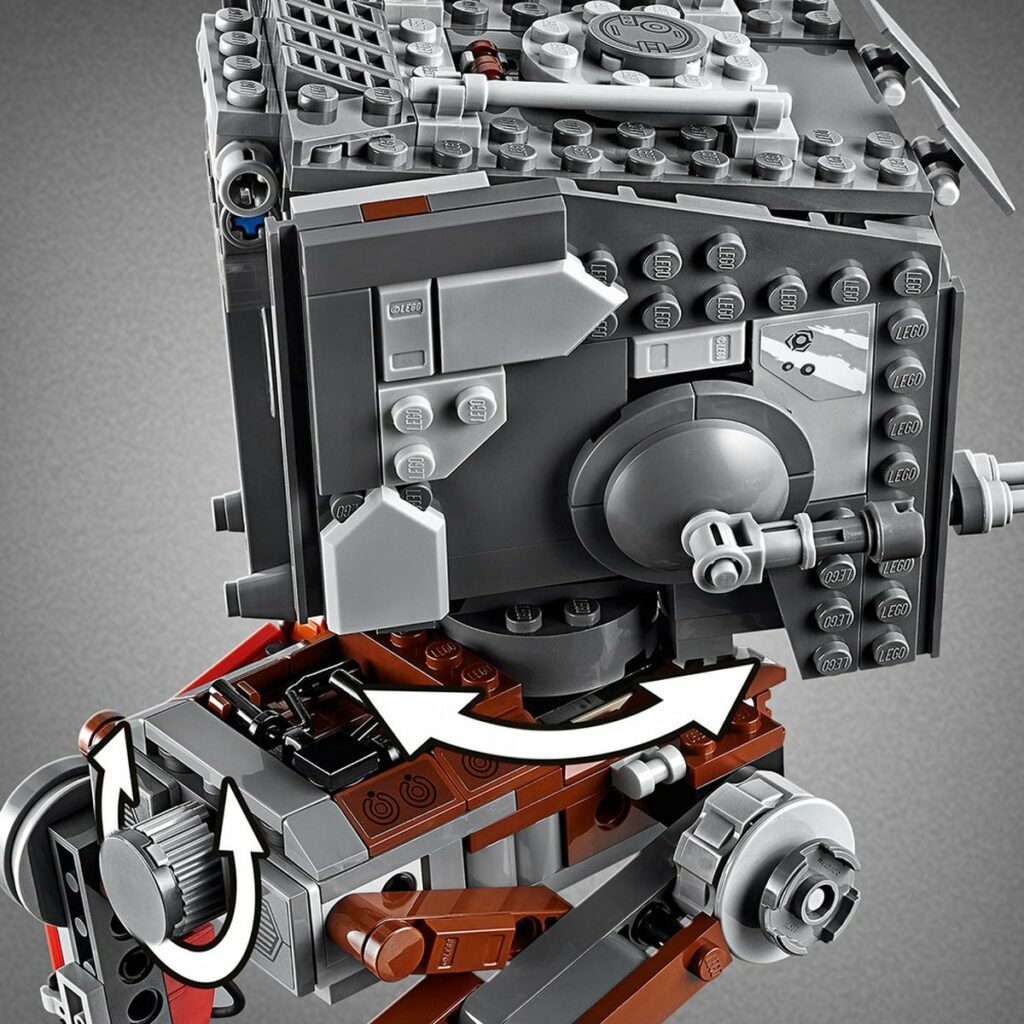 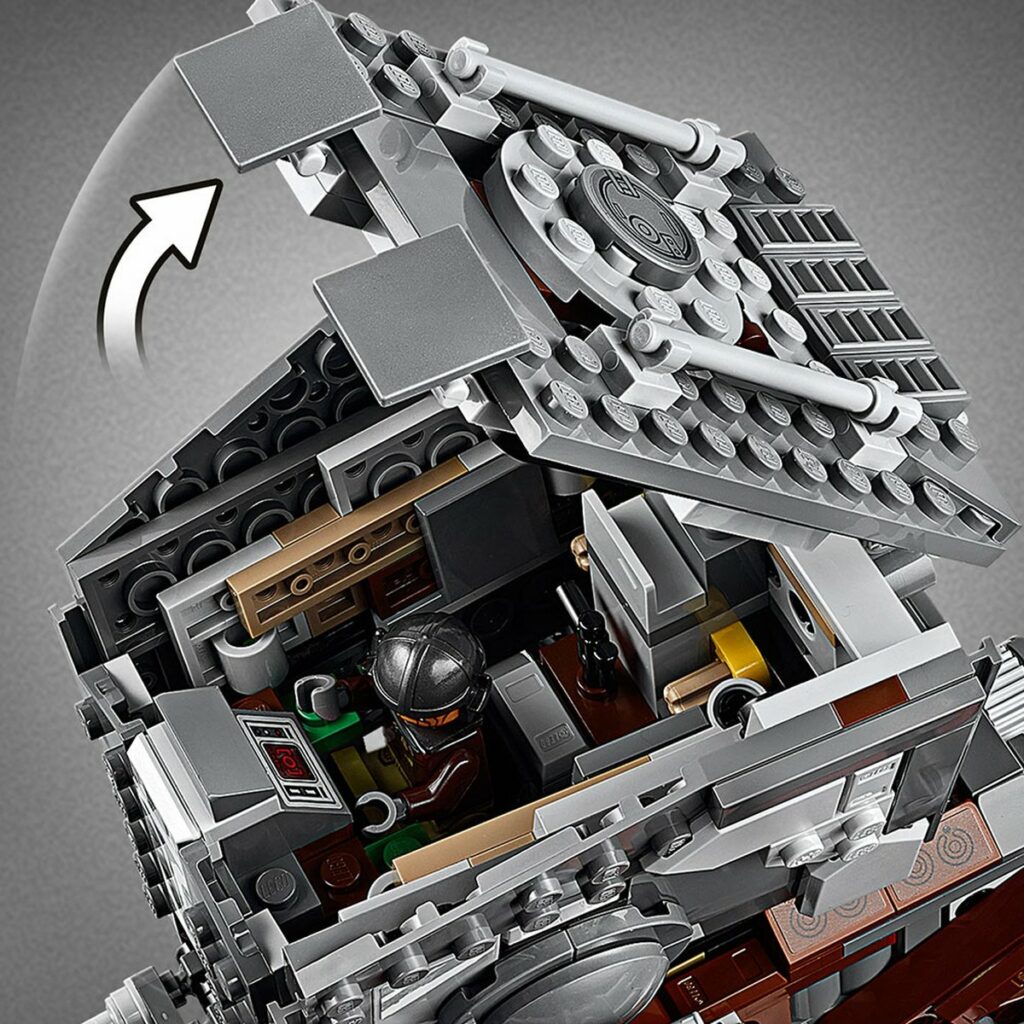 Because it was necessary to add a little playability to the package, two Spring-Shooters are placed under the cabin and they are well enough integrated not to disfigure the machine. The missiles are ejected by pushing on the two protrusions placed at the rear at the foot of the cabin.

Don’t expect to make this AT-ST work, both legs are not articulated. The majority of fans will be satisfied with a static device to exhibit but it is still a pity that it is impossible to simulate a movement effect while maintaining the balance of the construction.

As I said earlier, it’s the sticker party in this box with 23 stickers to put up. Impossible to do without the details provided on these stickers, they ensure the “tinkered” effect of the machine that makes all the interest of the product. A good point: the AT-ST also looks good from behind with a sufficient level of detail.

As for the mini-figures, the assortment provided here is balanced with two major characters from the series and two more generic villains. Perhaps a second vehicle is missing in the box, to balance the forces involved.

The Mandalorian is embodied on screen by the actor Pedro Pascal (Game of Thrones, Narcos) but LEGO has certainly been instructed not to provide a face to the character in this first derivative product. It will probably be necessary to wait for another set based on the series to get a version with a real face under the helmet. For the rest, the character’s outfit is in line with what Disney has revealed so far in the Trailer and the few teasers and other posters already available.

Pedro Pascal is accompanied by the actress Gina Carano (Angel Dust in Deadpool) who plays Cara Dune in the series. Here too, the costume is more or less faithful to the outfit seen in the trailer but the reinforced shoulder pads worn by the character are missing.

The two Klatooinian Raiders are equipped with the same head and legs and only differ in their torso and accessories. The pad printing is generally very successful on all these mini-figures with an appreciable level of detail and a finish without major defects.

In short, there’s nothing to philosophize about for long on this box without taking any risks. The whole thing is a nice product derived from a series that has not yet been released and an AT-ST is always good to take 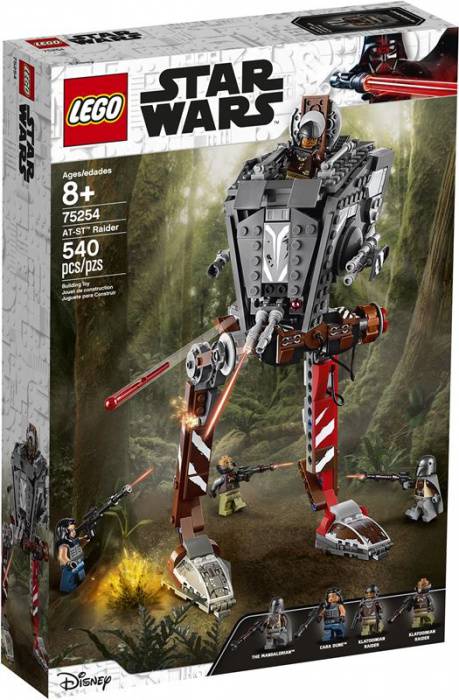 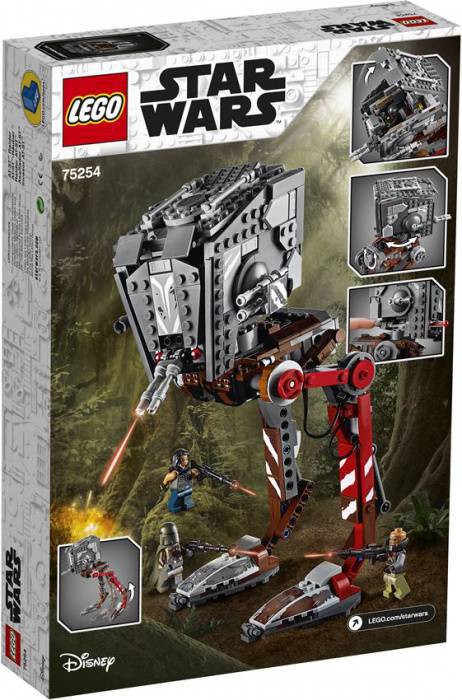