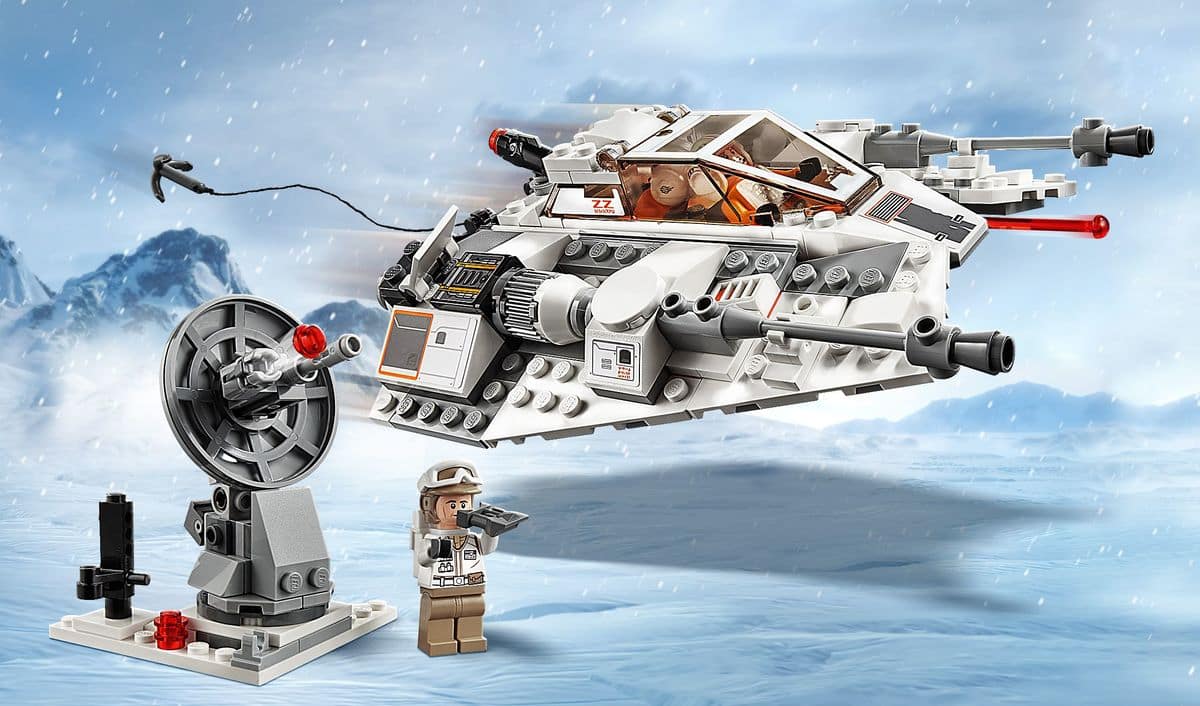 Modified for extreme cold, the T-47 Airspeeder flew across the screen for the first time in the Star Wars movie Episode V – The Empire Strikes Back. As the huge AT-ATs advance to Echo Base on Hoth, the Rogue Squadron, led by Luke Skywalker and his co-pilot Dak Ralter, flies an attack on the runners. The attack should give the rebels time to evacuate the Echo base.

Since the AT-AT are too heavily armored, Luke has the idea to wrap the legs with the harpoons and the trailing cables attached to them to bring down the fighting machines. Luke and Dak, unfortunately, don’t succeed and crash with their Snowspeeder. Before an AT-AT tramples down the T-47 Luke manages to escape from the cockpit. Unfortunately, he has to leave his co-pilot behind.

But you probably know the story anyway, so let’s have a look at the set now.

I rarely rave about packaging, but the 20 years of LEGO® Star Wars™ sets have a great package. Some areas are matt and rough, others shiny and smooth.

If you tilt the pack in the light, the Snowspeeder, the turret, the mini-figures, the logo and the “Star Wars” frame will mirror, while the black starry sky or the snowy landscape in the background will hardly reflect. Or if you stroke the package you will notice the different structures (rough and smooth). Great!

The fatal thing is, you hardly dare to open the chic package.

Lando Calrissian, former smuggler and in Episode V the Baron Administrator of the Cloud City, is one of the anniversary characters for 20 years of LEGO® Star Wars™. You can exhibit Lando on the small presentation stand.  The anniversary figure is based on Lando Calrissian’s first mini-figure appeared in the Cloud City (10123) model from 2003. An essential difference, however, is the 20-year imprint on the back of the body.

Luke Skywalker in a pilot outfit

Luke Skywalker flies this Snowspeeder in Episode V – The Empire Strikes Back under the name “Renegat 1”. His equipment includes the blue lightsaber and a small blaster.

In contrast to the figure from the current X-Wing, LEGO has changed back to an older helmet. The face is therefore printed with the orange visor. In the first face, the visor is printed all the way down while in the second it is printed slightly down just over the eyebrows. This gives the impression that the visor is folded up. Unfortunately, the sign is missing on the side of the helmet.

The pilot suit is, as always, beautifully printed. On the front side, the details go nicely from the upper body to the legs. It’s funny that for the first time I notice that the cartridge belt is on the right leg when in the film it is actually on the left leg. Doesn’t matter though, it’s still a nice figure.

Dak Ralter in a pilot outfit

You see Dak Ralter in the film for the first time when he sits in the Snowspeeder and says to Luke: “Right now I feel I can take on the whole Empire myself.”  Dak is the rear gunner and is supposed to operate the harpoon while approaching an AT-AT. He has the same suit as Luke. The helmet has, contrary to Luke’s helmet, blue rebel badges. Also, his head is printed on both sides.

The rebel’s only print is on his upper body. He wears a warm cap on his head. The snow goggles can be attached both to the forehead and in front of the face. He carries a white backpack on his back. In the old Snowspeeder (7130) the Snowtrooper had another form of Blaster. For this, a camera was used. Also in this set, no current Blaster but just such a camera was enclosed.

I think the 20th anniversary of LEGO® Star Wars™ 75259 Snowspeeder™ is fantastic. The slightly modernized model is well done. The construction was a lot of fun and small, beautiful experience. The figures are great. The anniversary figure of Lando Calrissian is also something special. From my point of view, it would have been enough just to print the flow from the presentation stand. The imprint “20 years” shouldn’t be on the back of the mini-figure.

I have a lot of fun with the set and if you are still spoilt for choice, which sets you to buy to get a surprise box, I can warmly recommend the Snowspeeder to you. 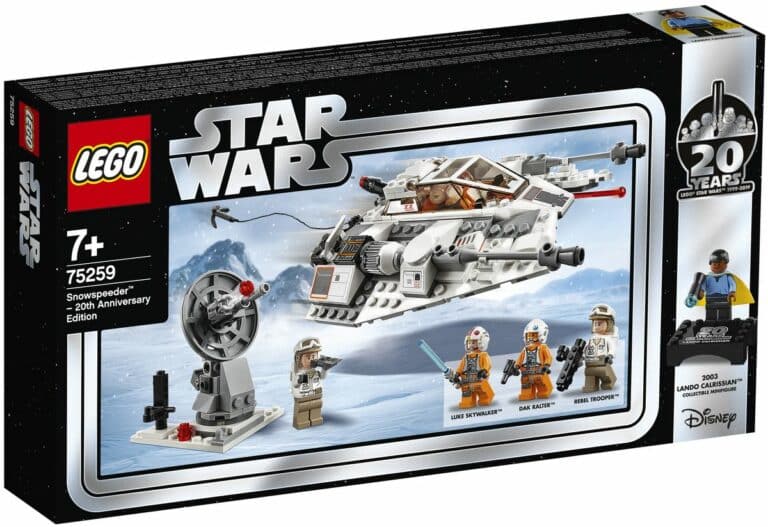 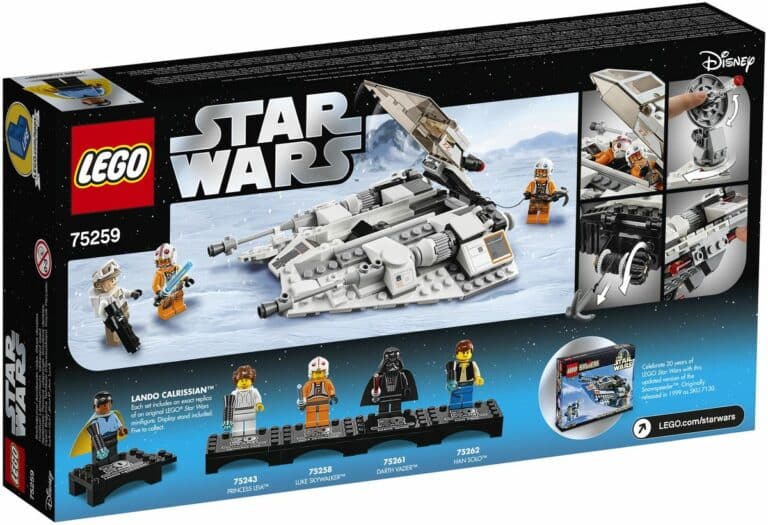