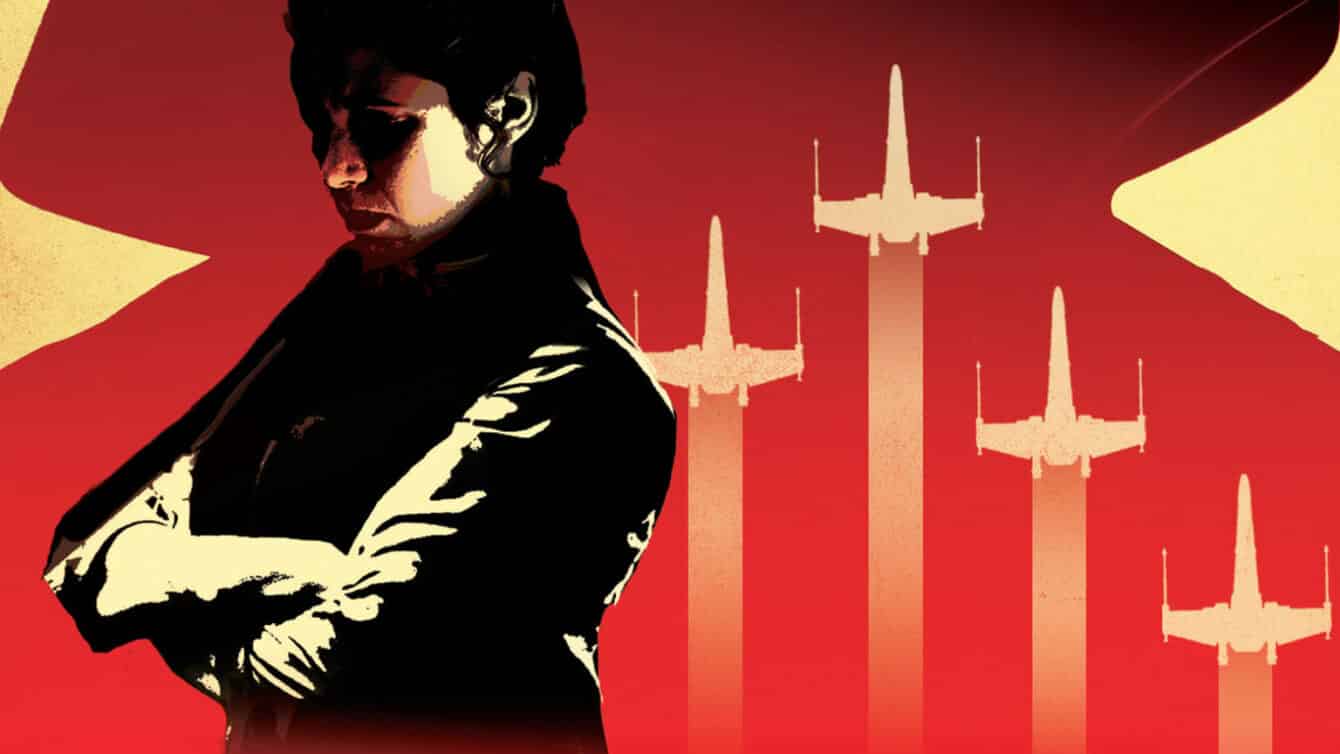 Star Wars: Bloodline is a canon novel written by Claudia Gray. The story takes place six years prior to Episode VII. This book is one of the few with a really relevant story that adds a lot to the Star Wars saga

The 30 years between Episode VI – Return of the Jedi and Episode VII – The Force Awakens are one of the most mysterious periods in the new Star Wars canon.

Although there are already some works set during this period, little is known about how this conflict as seen in the new saga’ trilogy has emerged. Despite providing relevant information, the Aftermath Trilogy does not propose to explain everything that happens in this period of time.

Thanks to Star Wars – Legacy of Blood, we can now have some insight about how this new galactic war has started. Written by Claudia Gray, responsible for the acclaimed Star Wars: Lost Stars, Bloodline turns out to be the most important book for those who are intrigued about how the conflict between the Resistance and the First Order began.

For ideological reasons the Senate ends up being divided into two factions: the Centrists, who call for a superior leader who can carry out a more emphatic authority, and the Populists, who believe that power should be divided and that actions should be taken in a consensual manner.

The lack of leadership was a reality. Without someone able to establish consensual relations, the political process of the New Republic was revealing its weaknesses. Any debate in the Senate tribune became an endless discussion of “tone” or “behavior” and never involved important issues. As the divisions increased, Leia‘s desire to give up her position as senator grew. Polite words concealed implicit coercion. There was a lack of confidence and the tension was familiar to a previous era….

It is in this troubled context that the book’s story unfolds. When Ryloth’s emissary asks the senate to investigate criminal actions on his planet, Leia Organa, who has long been disappointed with the senate’s inaction, decides to act and ends up unraveling a much bigger plot than anyone could imagine.

Set in the political scenario, Bloodline brings an extremely intriguing plot. In addition to the mystery that is revealed throughout history, the political plots are absolutely addictive.. 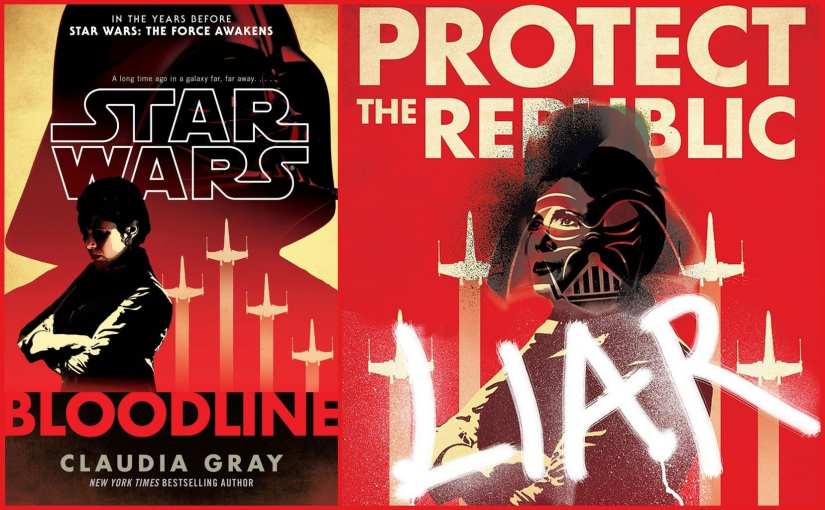 Focusing only on Leia, the book allows you to explore much more the character and the franchise’s landmark events from a much more intimate perspective. For instance, the discovery of her real paternity is treated by Gray in a way never seen before in the films.

The fact that Leia is Darth Vader‘s daughter is one of the points best explored in the book. While the films approach the subject in an almost superficial way, Bloodline addresses the issue giving it the proper importance. Being the daughter of one of the most hated men in the galaxy is something that upset Leia much more than we imagined, which makes perfect sense.

The book brings us some interesting facts about this mysterious 30 year time period, such as Ben‘s training with Luke Skywalker, Han Solo‘s career after the end of the Empire and the rise of the First Order, but it also brings us back to iconic moments in the saga from a much more intimate and personal point of view.

As seen in Episode VII – The Force Awakens, Hosnian Prime, the New Republic headquarters, was destroyed by Starkiller Base. At the time, however, little was known about the place and what it represented for the franchise universe. Now, the book presents in a much clearer and more forceful way the importance of the place for the galaxy, which justifies even more the turning point in the conflict presented in Episode VI – Return of the Jedi. The book ends up filling the gap about the political scenario in the new trilogy.

Last but not least, if there is only one disappointment, it is that what happened between Luke Skywalker and Leia’s son has not been revealed. Both are mentioned a few times, but their mentions do not contribute in any way to the unfolding of the plot.

Obviously, Disney is still very restrictive about what writers are allowed to explore in their books. Therefore, few “bombastic” details are offered to the reader. Some villains end up being presented in a superficial way and the mystery around them ends up not having the grounds they could have to make the plot even more cohesive.

However, given the quality of the story, the characters’ charisma and the plot’s tension, the final product ends up not suffering much.

Bloodline is a Book Worth Reading

As already said, Bloodline is one of the best books published so far in the new Star Wars canon. But not only that, it’s one of the few with a really relevant story that adds a lot to the universe presented in the movies.

Claudia Gray succeeds in capturing the spirit of integrity, strength and inspiration that Carrie Fisher gave to the character. In almost all dialogues and expressions it’s possible to imagine the actress playing such moments. Leia Organa is very well represented as the warrior she has always been.

Claudia Gray’s work has good and bad moments, but it is still important and fun as a Star Wars adventure should be. It’s worth reading for sure! 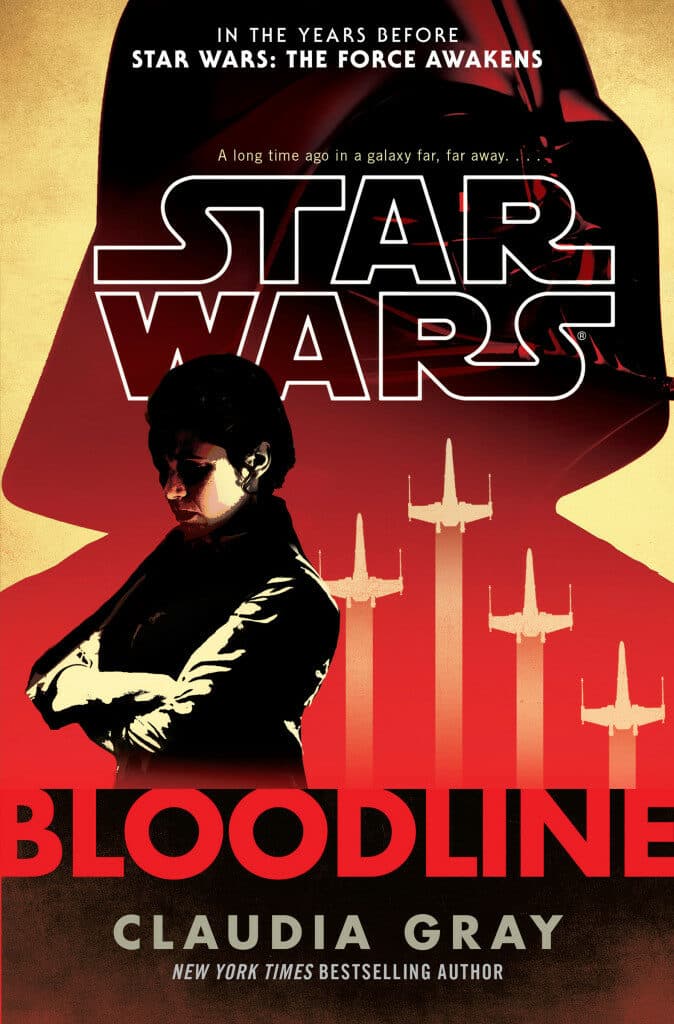