Star Wars New Canon Book List. How To Get Started 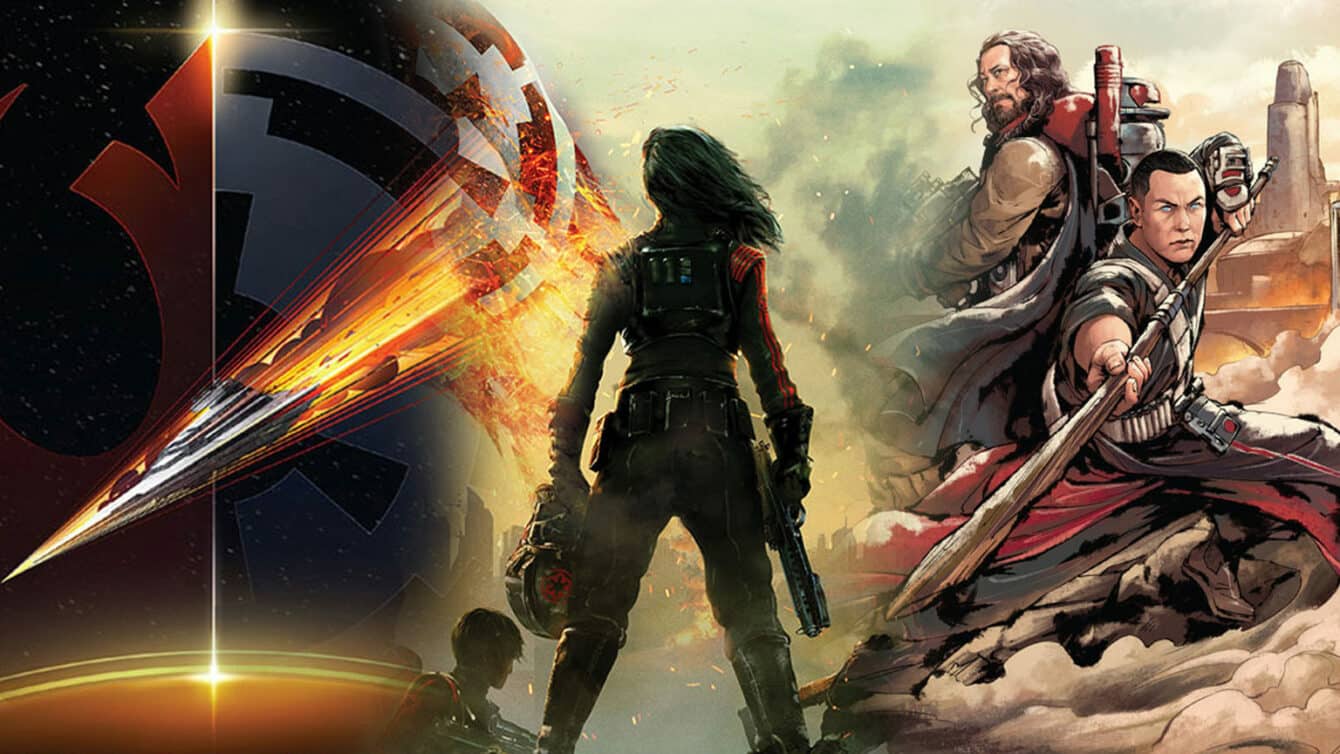 The Star Wars Universe has changed drastically since Disney bought Lucasfilm in 2012 and many stories, characters and materials created by several authors have ceased to be part of the saga timeline since then.

As a result, new challenges have arisen for Lucasfilm’s creative team, which is in charge of coherently extending the films and the The Clone Wars series storyline starting in 2014.

During this arduous puzzling stage, countless books, comics, series and games have already been released, mainly filling the gaps between the classic trilogy. Many excellent guides have emerged with the intention of listing all the unpublished content in a chronological manner, and thus making life easier for fans.

However, the doubt of where to start in the new Star Wars canon can still be heard even in the presence of these types of publications.

First of all, I would like to make clear that there is no specific introductory book or comic book into the expanded universe. Any material you choose will be valid and will keep you up to date with the original adventures. However, keep in mind a very important tip: before you start reading a particular book or comic, try to find in advance what time this plot is occurring, between which film.

With this detail in mind, go ahead and have fun. I recommend this method to all beginners, because this way it will be easier to understand the historical events and even take some references.

Get started into the Star Wars Expanded Universe

Below, I’ve listed some book, series and comic book suggestions for you to get started into the Star Wars expanded universe once and for all. These recommendations are related to some of the most frequent doubts and questions I’ve faced over the last few years. As I said earlier, any chosen material is a good starting point for the “extra” stories in the canon. However, as I have also been through this indecision myself I’ve decided to list the following suggestions to make it easy for you avid readers.

What happened between the prequels?

Although the prequel trilogy is criticized by many viewers to this day, The Episode I – The Phantom Menace, Episode II – Attack of the Clones and Episode III – Revenge of the Sith also have their admirers. If you are one of them, you have already lost yourself wondering what happened in between the films. Thanks especially to George Lucas this fantasy comes true in the Star Wars canon.

The Clone Wars series, available on Netflix, features six seasons (121 episodes) and it’s one of the few materials that remained as canon after Disney acquired the franchise. TCW is the best film expansion that the Star Wars universe holds, because it splendidly completes the events in between Episode II – Attack of the Clones and Episode III – Revenge of the Sith, while developing Anakin and other figures even further. By the way, this is where Skywalker’s padawan, Ahsoka Tano, makes her second appearance.

Along with the series, there is also the Star Wars: The Clone Wars film, which is also available on Netflix. I highly recommend it as the first contact to the Expanded Universe. It is basically a starting point for the The Clone Wars series, and will introduce you to the main characters that are relevant in the animation.

Switching to comics, Obi-Wan & Anakin is a great additional suggestion for newcomers who want to break new ground in the period of dispute between separatists and republicans.

Published in editions 16, 17, 18 and 19 of the Star Wars comic series, the plot takes place in the interim of Episode I – The Phantom Menace and Episode II – Attack of the Clones emphasizing the training of Anakin as a padawan and his relationship with Kenobi and Palpatine (Darth Sidious).

You will love to see not only these issues, but also the environment, species and characters of Carnelion IV, planet on which the plot unfolds. 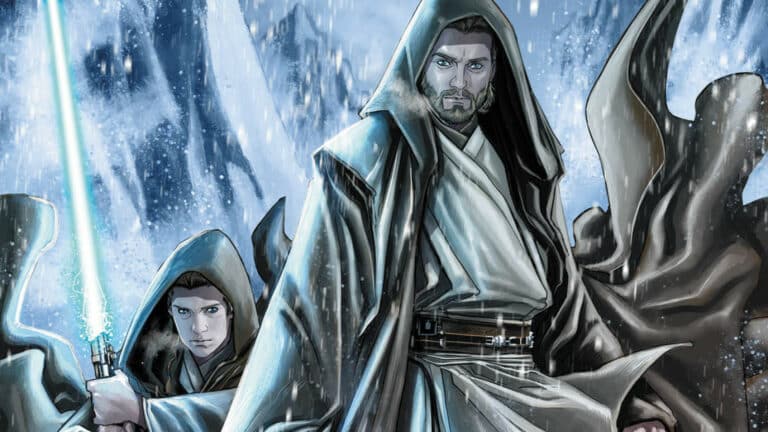 It’s a frequent question, and even controversial in fandom. Luke Skywalker’s brief training in Dagobah has always been the target of tireless criticism. We have never seen Anakin’s son evolve as a Jedi, and in Episode VI – Return of the Jedi he already appears to be mature compared to the one depicted in the Episode V – The Empire Strikes Back.

However, this “gap” has been filled recently in the expanded universe. If you are curious about Luke’s training beyond the planet Dagobah, there is plenty of material to begin your canon journey.

The books The Weapon of a Jedi and Heir to the Jedi, which occur after Episode IV – A New Hope, are quick and soft readings that tell us about Luke Skywalker’s search for further knowledge of the ancient Jedi Order and the Force.

Surprisingly, the hero lives unique experiences on the Jedi path even before Dagobah, and I can assure you that you will love it all. Young Skywalker also establishes new relationships, meets with old friends and increases his skills in the process.

In comics, the “Star Wars Series” adds the evolution of the character seen in these books. Obi-Wan Kenobi fans will also enjoy it, because Luke’s growth as a Jedi is closely connected to Darth Vader’s former master during the comic book events.

Speaking of which, if you start reading SW, be sure to follow the series of the Dark Lord of the Sith: The Chosen One. After all, the two series are both complementary and even cross, so if you want a full experience, follow this tip.

What happens to the Empire after Episode VI?

As the Episode VII – The Force Awakens happens after 30 years of the Episode VI – Return of the Jedi events, naturally the questioning about this topic is commonplace for movie lovers.

The Aftermath trilogy of books (see the review here) is the best source of information for now. During the long history divided into three parts, we see the slow attempt to rebuild the Empire, and simultaneously the rise of the New Republic, which tries to end the remnants of the Sidious government from the galaxy. And the best of all are the new characters involved in this context of political transition.

Reading Aftermath can be a bit tiring at first, but don’t be discouraged. After all, the three books will make you aware of many issues not dealt with in the films.

Simultaneously with the Aftermath series, I suggest two stories that further elucidate the image of the universe after the Battle of Endor.

The first one is the Bloodline novel (see the review here). The book’s storyline focuses mainly on Princess Leia and her transformation into a General, in addition makes us understand the rise of the First Order and political problems involving the New Republic. Reading the Aftermath trilogy and then Bloodline, your view of Episode VII – The Force Awakens will certainly change for the better (and many of your doubts will be resolved!).

For comic book lovers, I’d like to mention the title Shattered Empire . The comic book takes place near the events of Episode VI – Return of the Jedi, and shows readers Poe Dameron’s parents and the attack of the Rebel Alliance against the Imperial Forces in the Battle of Endor.

What are the stories of Rey, Finn and Poe before Episode VII?

If you’ve watched the Episode VII – The Force Awakens and got this particular interest, the Star Wars canon offers some related works.

First, buy the book Before the Awakening. The book includes details about Rey’s life in Jakku, Finn’s daily life in the First Order, and the events Poe experienced as a New Republic pilot. Even though it has only a few pages, it is a reading that adds a lot and is pleasant for beginners.

After that, try to read Poe Dameron and his Squadron (Poe Dameron: Black Squadron) comics. The comic books describe Poe’s adventures already as a Resistance’s pilot, who has the mission to find the Luke Skywalker whereabouts .

Finally, the book Star Wars: Phasma (see the review here), explores the character played by Gwendoline Christie on her home planet, including the moment when she became a member of the First Order. Countless fans were not satisfied with her departure in Episode VII – The Force Awakens, and this book is great for those who are interested in the villain.

I don't fit in any of the above!

When I became interested in the outside movie stories at the end of 2015, my first reading was the Lost Stars novel (see the review here), by Claudia Gray, the same Bloodline author.

And stop thinking about it, I came to the conclusion that I was very lucky. Basically, at the time I also didn’t have much of a clue as which plot to choose or how the saga’ canon was organized. To be honest, I didn’t even know the difference between Legends and Canon. I only went deep into the expanded universe on account of Lost Stars.

Aimed at younger audiences, this novel begins eight years after Episode III – Revenge of the Sith. Spanning the events of the original trilogy, it follows two friends, Thane Kyrell and Ciena Ree, on their diverging paths as war overtakes the galaxy.

I guess I can say that even for those who have never had contact with Star Wars you will admire the journey written by Claudia Gray. Thane and Cienna’s relationship is not limited to a simple generic novel, but puts in check the Empire’s and Rebellion’s ideals.

The book reaches all Star Wars audiences perfectly. Those who are only familiar with the films are extremely comfortable, because almost all the narrative takes place during the classic trilogy, revisiting the main battles of the feature films.

For those who have insights beyond the episodes, the Lost Stars storyline becomes interesting as it explores the Battle of Jakku and adds new characters.

If you definitely don’t know where to start, buy Lost Stars and from there don’t stop following the canon anymore.